You are not connected. Please login or register
+2
wylee
equium
6 posters

This Stud's for you

This Stud's for you

When I began my Scarebird Disc upgrade several weeks ago, I had no idea the can of worms I’d be opening up, and I’m not even half way done!  The first hurdle was when I discovered my Kingpins needed to be replaced.  That is half way done at this point too.  This post is about the discoveries I made with regards to wheel studs.  For the record, I’m working with a 2200lbs axle.
After I had driven out the old studs, it did not look like an exact replacement set would have been long enough to accommodate the new rotors and wheels.  I know that there have been others that have installed longer Jegs or ARP studs that are 3 to 3.5 inches in length.  I did not want to go through the trouble of cutting hardened steel studs to make them work for me.  So, I proceeded to research and even purchase studs to test.  I had to break down and purchase digital dial calipers to take some measurements.  Not a bad investment and it really helped.
For starters, my driver side hubs had already been converted to right hand threads by the previous owner.  The studs I drove out were Dorman 610-039 with a .625 Knurl.  These are the ones I felt would be too short after the upgrade.
I have four pictures to share and I’ll explain them now.
Photo 1: These are Moser 8010 Wheel Studs and they’re 3 inches long.  Summit Racing’s description said the knurl was .625, the package says .615.  I measured and they averaged about .620.  In spite of the length that was too long, the knurl was too loose and I could almost just push the studs into the hub holes. 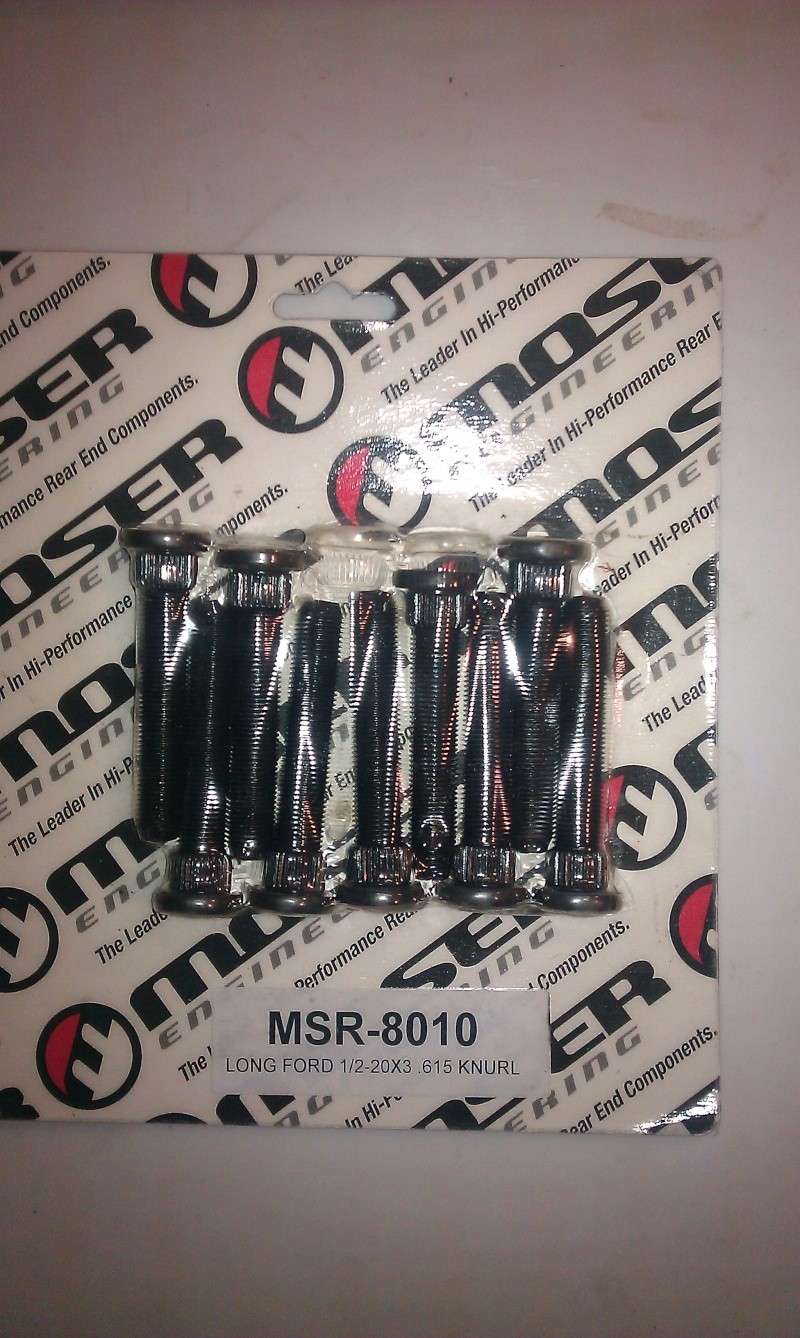 Photo 2: These are Moser 8368 and they’re 1.75 inches long with a .625 knurl.  These are the studs I ended up using and they were a perfect fit.  I was able to press them in with my arbor press.  The hub from the driver side was upgraded to RH threads by the PO, and I think this may have widened the stud holes because the new studs did not require as much effort to install as the passenger side, but they were still a tight fit.  I applied Loctite 640 Sleeve Retainer to all the knurls on the 10 new studs before pressing in.  Loctite 640 will give up to .007 max gap fill, so I’m confident my studs will be very secure. 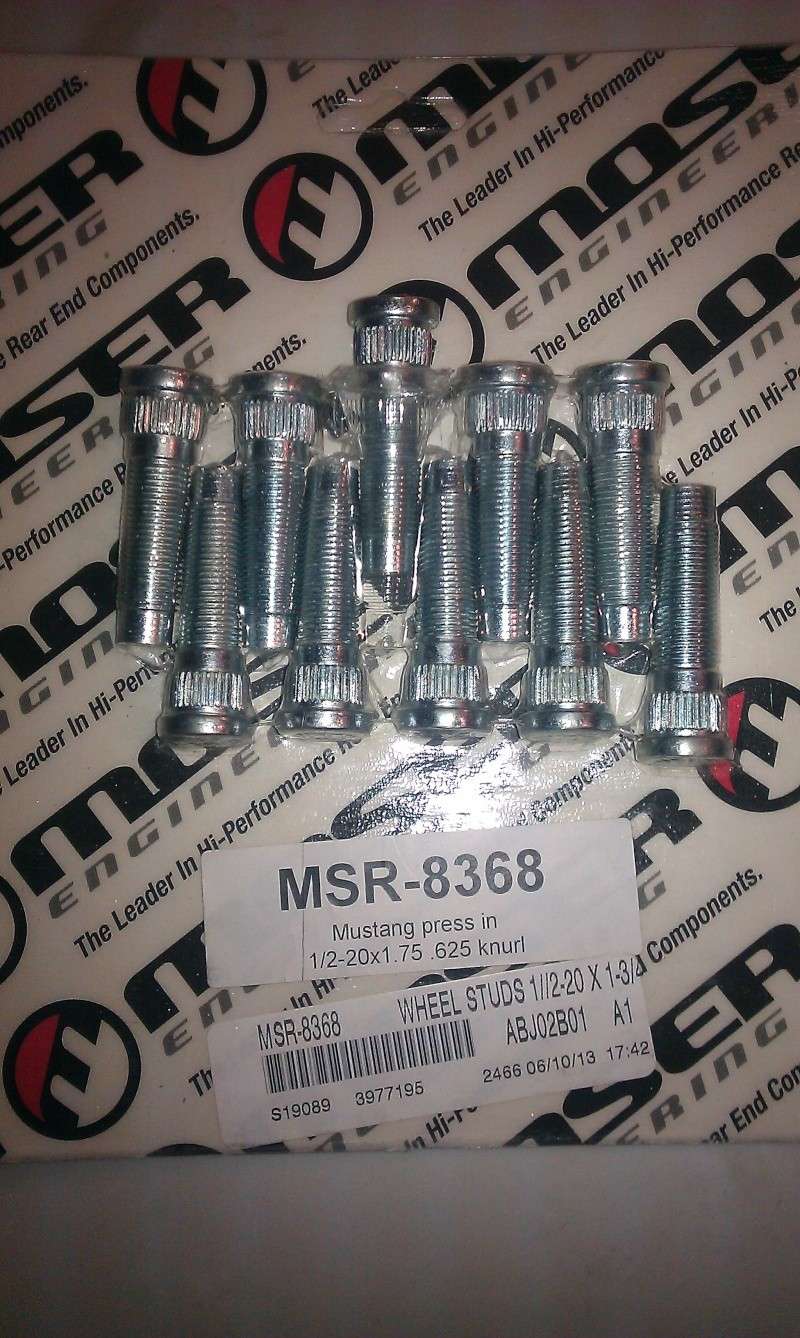 Photo 3: This is a side by side view of the studs.  The far left is one of the removed original studs, Dorman 610-039.  Second from left is Moser 8368 that I used for my hubs.  Third from left is the Moser 8010 that I first bought.  The edge of the blue tape closest to stud head is where the stud protruded after I mocked it up through the hub, rotor, and new wheel.  It might be hard to see, but if I had used the Dorman 610-039, I would have had about 3/8” of stud sticking through the wheel for me to screw my lug nut on to.  I did not feel comfortable with this.    The last stud on the far right is a Dorman 610-449 that I purchased for testing.  Its application is for a Jeep Wrangler and is almost 2 inches in length and claims to have a .627 Knurl.  I measured and it was barely a .615 knurl.  I could push these into my hubs with my finger, so these were a no-go. 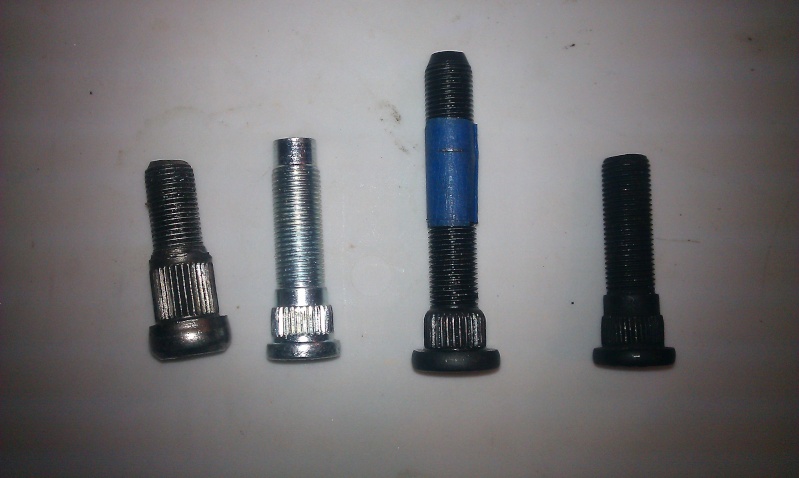 Photo 4: These are my hubs with the newly installed, Moser 8368 studs.  I’m very pleased with the results.  What I really like is that I don’t have to cut them down to size, and, since the knurls do not protrude past the hub flange (like the dorman 610-039), I don’t have to counter sink the holes on my rotors. 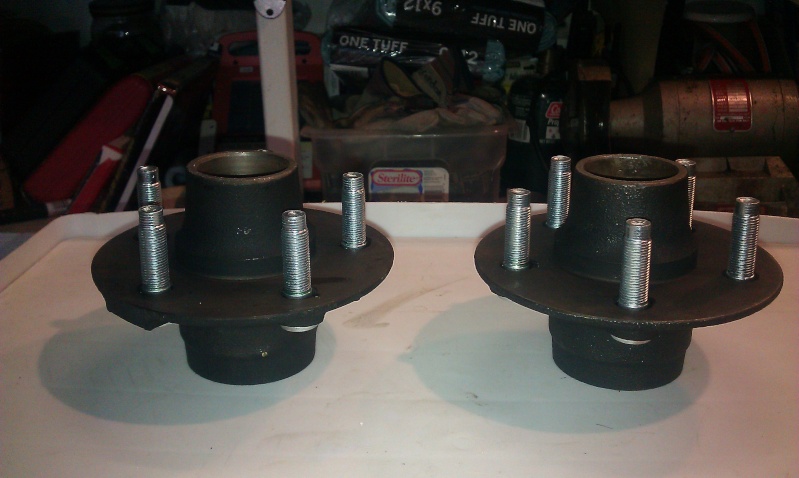 Sorry for such a long post.  I hope that this will help others in the future.  Please feel free to add any comments or info that I may have missed.
On Edit: I see that my photos were cropped to fit the post so photo #3 does not show all the test studs, but you'll get the idea. thanks
wylee

thank u for the post.im at the point of replacing my stock 1969 a 108 studs with all rite hand threads butt stock size.
Magic Bus

Good post, I feel your stud experience, I had to deal with that, when I changed rims on my truck and used spacers. Lots of trial and error and measuring..
RodStRace

Equium, GREAT job, great post!
All the info with pictures too is the best way to convey information I'm sure will be useful to many here.

This shouls be also posted in How It's Done so the chances of finding it are double.

Also, please post your kingpin info and the brake upgrade stuff, if possible. These are repairs most old vans need.
dix

dix wrote:equim i hope you din't mind i cut and copyed the info on a100 parts link.

Not at all. thanks for doing that.
equium

Magic Bus wrote:Good post, I feel your stud experience, I had to deal with that, when I changed rims on my truck and used spacers. Lots of trial and error and measuring..

Magic Bus: you bring up a great point when you mentioned wheel spacers. All the work and research i've done is based on the hope and prayer that I wont need wheel spacers. I have a old tire from my grand caravan (215.70 R15) that i'm going to mount on one of the new wheels for a mock up and test fit. From there, I'll be able to see if I'll need a thinner tire or wheel spacers (I really hope not, lol)
I will share what those results in the future when I get to that point. wish me luck.
Arkansastraveler70 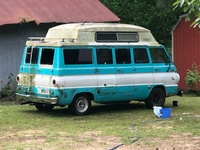 Does anyone have the correct Knurl size for the Rear wheels?
I'd like to find some around 2" in length if anyone has any info that would be great! Thanks
dix