You are not connected. Please login or register
3 posters 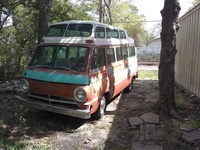 Could y'all be so kind as to send a picture of your starter solenoids so I can ensure Ive got my wires placed correctly. Just about ready to fire this girl off
69 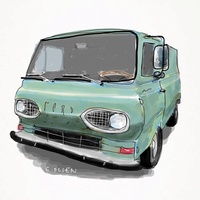 Remote starter relays have 2 large lugs for battery and starter, non directional, and 2 small studs. 1 small stud is labeled S for start and the other is labeled I for intermittent. The 'S' goes to the key switch start terminal and the 'I' goes to the coil positive to bypass the ballast resistor(which is wired to the run terminal on the key switch) when you are cranking the motor. Giving more juice to the coil to fire. S makes the switch and I will throw 12v from the battery as long as the key is turned to start. The relay is grounded through it's housing so it needs to be bolted to ground. Iow, there is no ground wire to any terminal. They make relays that look nearly the same that have a coil + and - instead of S and I but they should be labeled as such. Those relays lack the I. I assume Mopar used the Ford style. Otherwise it's just like any switch with a coil. Think of the I terminal as the normally open terminal, there is no normally closed terminal on a starter relay, except the lug you hook the battery to. And that's more like never open, unless the battery is dead