You are not connected. Please login or register

I was going to give Ben the transmission from my 66 GMC but realized the linkage is all different. I have the same 4 bolt tranny I got with the 64 Sears van but of course that parts broken off and someone tried to weld something on it and totally screwed it up so it's toast. Since I'm not going to use it we took the side cover off mine and did some investigating to see how it works. You can remove those shift shaft assemblies easily. After he left I did some research online for replacements but couldn't find anything and was thinking maybe a machine shop can grind down the broken stud and tap in a new one or even a bolt. After Ben left I had to grind down the welds on mine so I could slide it out of the housing to check if its a bolt that could be backed out or a stud and it's a stud. 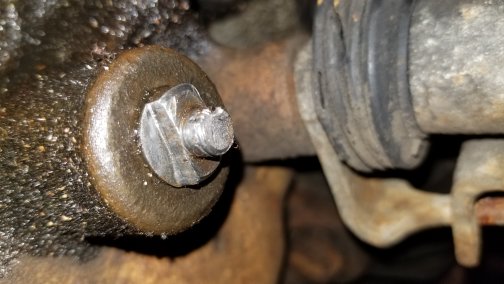