You are not connected. Please login or register
+4
dix
gary h
69
68vanman
8 posters 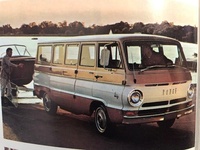 I'm posting this for those who may not know about the differences in fuel tanks between the years. I'm looking for input from others as well.

I dropped the fuel tank from my 67 A-100 camper this past weekend and I found that this has a single strap going from side to side. The tank is old and has a bad fiberglass patch on the corner. I thought I'd used the old tank from my 69 A-108 but realized it's held by two straps that go front to back. I've attached some pictures to show you what I'm talking about.

I had purchased a new tank, sending unit and hose from Vans Auto (Ebay $175 + shipping) and thankfully the tank is made to fit the different years. A shop near my house wanted $275 for boil and seal of the old tank.


Question: what years had the single strap and what year did they change to the double strap support?


Some other info: JB Weld has a gas tank repair kit but I would only use it for a very small hole or crack. 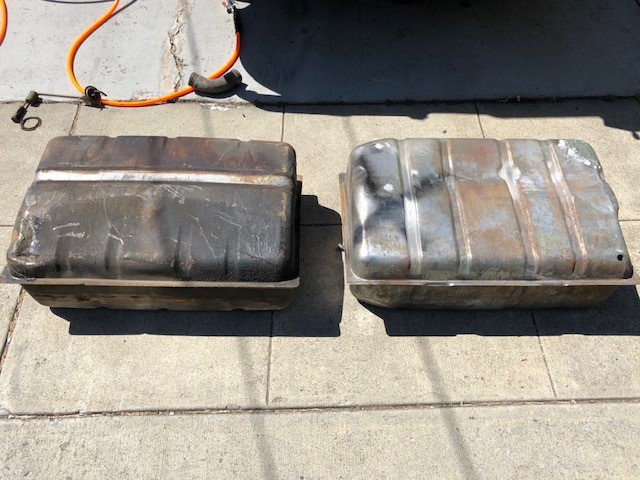 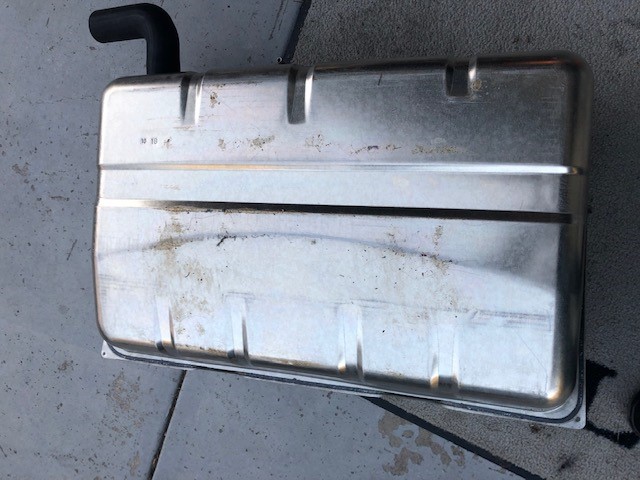 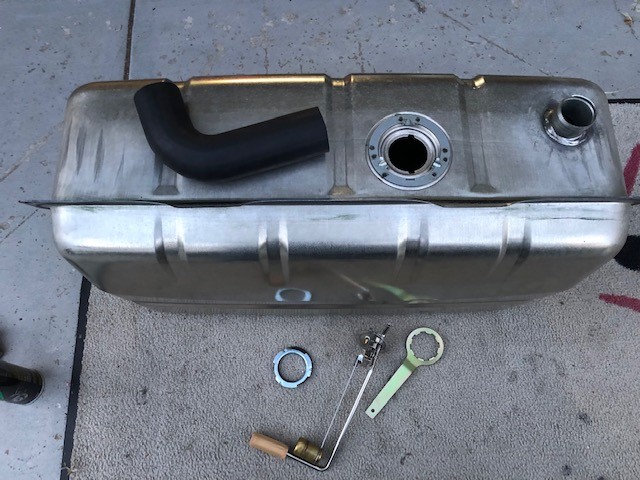 I mounted the same aftermarket tank and sending unit, mine is a 67 with a single strap.

The tank seems to be a quality tank, no issues with it. Make sure you get the "sound deadening" material to put on top and rear of the tank before you mount it. 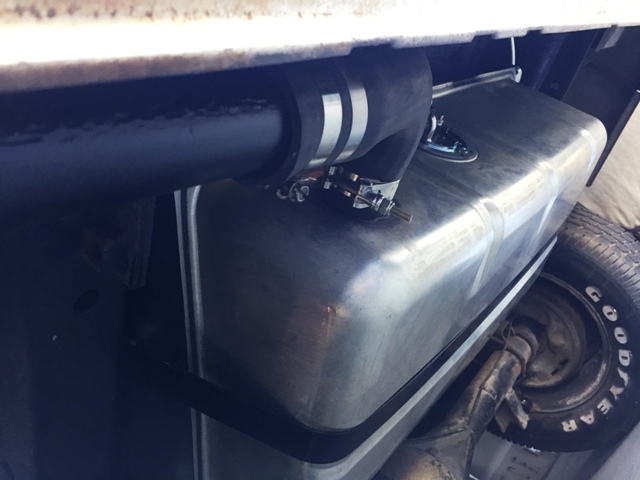 Keith, what size hose did you use for the vent tube? I bought 3/8" but it doesn't fit. On the original tank it did. Also, I bought the tank padding from Vans but it's really thin like cardboard paper, not the thicker insulation like the original pad. I'm going to use some Dynamat insulation on it.
Keith D

Sorry... I don't remember the vent hose size, I mounted it a couple of years ago now and the van is in the body shop at the moment. 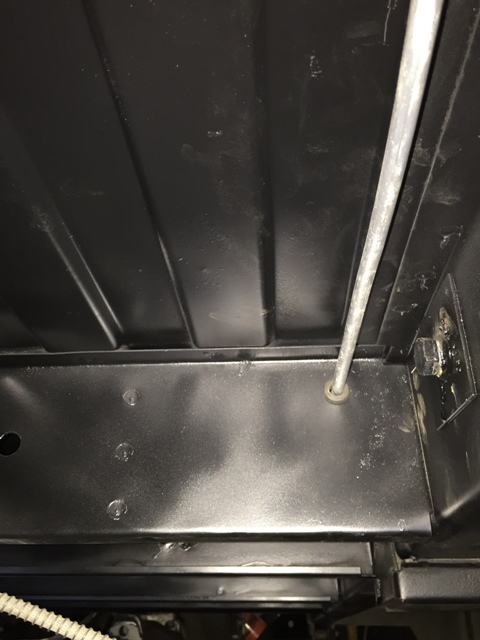 Thanks... Only took me two weeks of laying om my back with a putty knife and wire brush scrapping 50 years of junk off the bottom, crud dropping in my face and eyes.

But I was having fun, that is until I took a shower, and my wife had to clean the shower.

Then she let me know what she thought of me and the van..LOL
Keith D

68vanman wrote:Keith, what size hose did you use for the vent tube? I bought 3/8" but it doesn't fit. On the original tank it did. Also, I bought the tank padding from Vans but it's really thin like cardboard paper, not the thicker insulation like the original pad. I'm going to use some Dynamat insulation on it.

I'M pretty sure this is the one that I used. 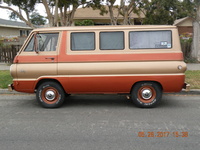 I cut the old hoses to get them off, I use a little oil lightly rubbed on the filler tube where the new hoses will go to make them easier to slide on.

Fuel not coming out of tank, what's going on here?

So after a long absence I'm back to working on my 67 A100 (318 automatic). I filled up the tank with about 15 gallons of gas, went to fire it up but was not getting fuel to the carb. Mind you, I had this running last year with a temporary gas can (and I had replaced the fuel pump too). I pulled off the rubber hose connected to the sending unit and surprisingly no fuel came out. WTF?


Before installing the new tank and sending unit, I had blown out the entire fuel line with no restrictions, replaced an old piece of rubber line after the tank. The fuel tank is new along with the sending unit and sock.

Filled the tank back up with fuel, tried it again, no fuel to carb. It was recommended to me that I try blowing compressed air into the fuel filler opening to help push the fuel out and into the line. All that happened there was air going in and the fuel splashing back out the filler opening. I also tried blowing into the tank from the vent opening at the top of the tank. Same affect, I could see the tank expand from the air, but fuel came gushing back out thru the vent tube.

My thoughts are still with the aftermarket sock and is it allowing enough fuel to soak thru.

Recommendations? Be kind with the replies, I may have forgotten to add some information.
jrdunn96

Can you blow into the fuel line at the carb and hear it bubble in the tank?

As far as the kindness goes, I don't think any of us are immune to goofy mistakes!
68vanman

I happen to have another new sending unit and sock so I tested again with water last night. I ran water on top of the sock and no water penetrated into the center. I poured water into the opening of the sock and water did leak out.

I finally decided to see how this sock is constructed so I cut it open and had a look inside. I just can't see how enough fuel can soak thru and into the metal tube of the sending unit. Once again, I currently have 12+ gallons of gas currently in the tank, with this new sending unit and sock attached. NO fuel comes out of the sending unit and fuel line attached to it. YES, I have the sending unit positioned properly in the tank. I also thought that I should remove the fuel line coming INTO the fuel pump and try this again. I also want to try using a different sock or if I can find an NOS one. 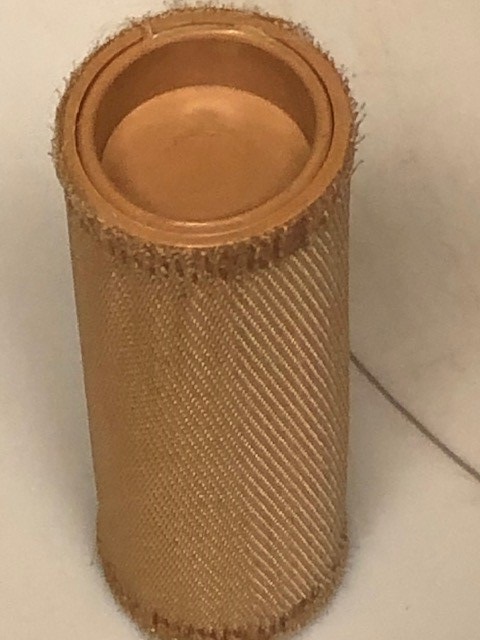 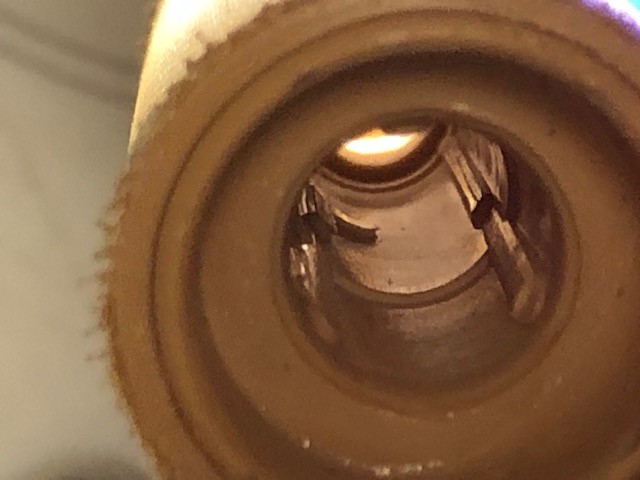 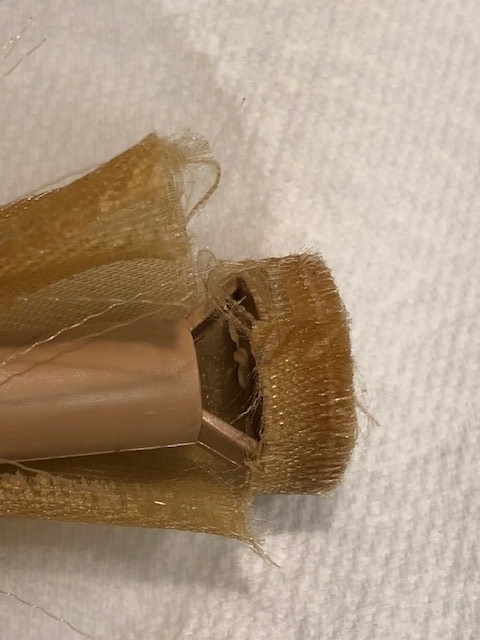 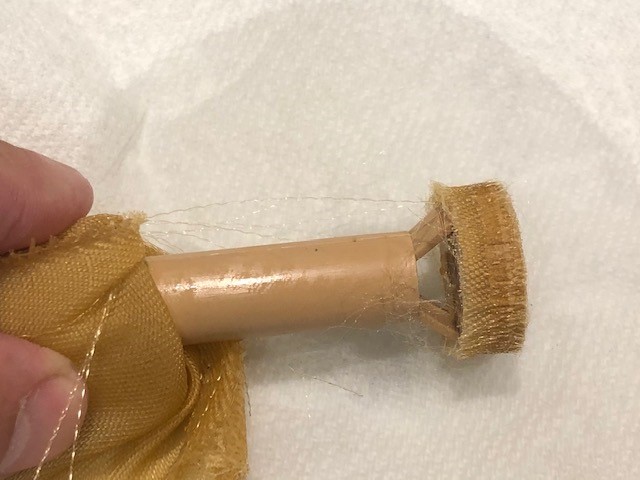 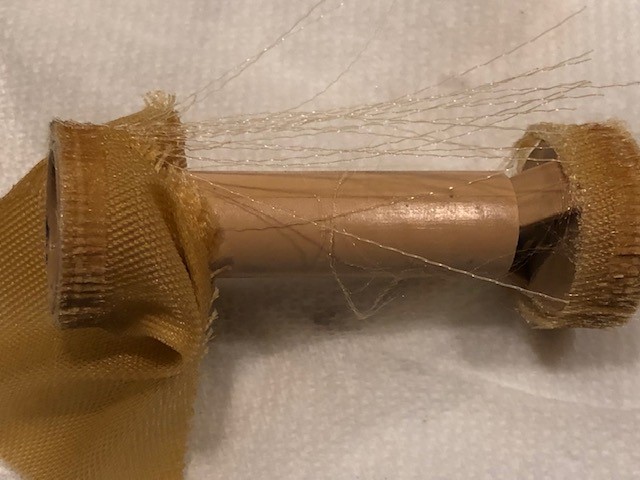 There are filter media that fuel can pass through that water cannot. I don't know if this "sock" is made of that media. In some diesel "separator filters" once they are exposed to water, they will not let fuel pass anymore. Water can wreak havoc on diesel engines. I wouldn't think they would use this on a gasoline "sock filter" but don't know for sure. These are just ideas, not solutions.
Jim
68vanman

I appreciate the input Jim. I will be looking into other Mopar sending units socks. I'm also thinking of just removing the sock and seeing what happens.
jrdunn96

I wouldn't worry about leaving it off short term as long as your tank and fuel are clean. I don't think I'd leave it off long term, though. You might try pulling fuel up to your carburetor with a vacuum pump. I don't know what kind of fuel pump you have (electric or mechanical). Is it possible that it's not working? Or needs a prime? Some of the electrics won't pull fuel without a prime. If it is mechanical, the check valve may be stuck or bad diaphragm.
Just throwing stuff against the wall to see if anything sticks.
sweetvan

68vanman,
I'd contact Vans Auto directly and ask if a new sock is available and who their supplier is? Any luck finding other sources?
Richard
68vanman

JRDUNN96: I did use a vacuum pump to try and pull it out but it didn't work.

Sweetvan: I need to call Vans Auto and find out if anyone else has had this problem.
68vanman

So I finally figured this out and I'm quite embarrassed to say that I had the sending unit upside down this whole time. In fact I had pictures on my phone of the old fuel tank and sending unit but I never looked at them until last week. Once I flipped it 180 and put a new sock/filter on the sending unit it fired right up. Boy did I waste a lot of time on this.
jrdunn96

. . .But think of the lesson learned. I'll bet you never do that again.
sweetvan

Boy, that's good for a laugh. Does the fuel gauge read correctly? Sometimes, the float arm needs to be bent slightly so that it touches the tank bottom. On my new sending unit, the float arm is slightly shorter than the stock one, so the gauge reads slightly different, but I'm getting used to it. Keep on truckin'.
Sponsored content