You are not connected. Please login or register
3 posters

HOW MANY EARLIES??? Does anyone know? 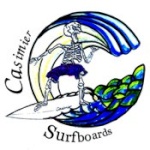 HOW MANY EARLIES??? Does anyone know?

I'm always asked...how many of your trucks do you think are still around?
I have to answer, " I don't know."
Well, we are the experts...how many are left?
How many of each type were originally made?
??? Year..van...truck..5 window...three window, no window..custom , stock..
Anybody keeping a registry?

Other car clubs have a registry to extablish value and rarity...
Should we start this?
ditdater

would it be better to not know and lay under the radar of astrononical collector car market prices ?
RodStRace

Good luck on this...
That is a question that the uninformed ask. Even if you could get every state to provide you with every single registration, that would not include all the unregistered ones. When someone asks me this, I explain that there is no way to know. If they push it, I ask them to provide me with a list of all the cars they currently own, along with the plate number and serial number of each. This usually gets the point across. No one in this modern world wants to provide that kind of information to a stranger, and they don't have that info memorized. Take it even further; provide this info for EVERY car you've owned!
I'll give you a great example of trying to track "how many".
In 1970, Plymouth produced the Superbird.
http://en.wikipedia.org/wiki/Plymouth_Superbird
They had to produce and certify a specific amount to make them legal for racing (homologation).
http://en.wikipedia.org/wiki/Homologation_(motorsport)
They produced a list of all the Superbirds built to the sanctioning body and raced the cars.
This list of 1920 cars has flaws. People have been keeping track of every single car possible since the mid seventies. Some even scour old newspaper ads from dealers for info today. Many are still not accounted for and there are many unknown, even after all these years. These are smart, well-connected and obsessed people. They have not been able to verify the exact figures for a highly visible and unique car built only in 1970 and it's now 2011. In fact, I think 1 or 2 new ones have been "found" in the past 3 years.
Link to show one man's info.
http://brcook.com/id17.html
Another from a club that has been around since the seventies
http://www.aerowarriors.com/watn.html

This is the problem with Chrysler cars. The factory records were lost from roughly 68-74.
Ford has provided their records to outside people, who will provide info for your car. http://www.martiauto.com/reports2.cfm
But they start with the 1966 model year.

I don't know what is available for GM. Remember, you need to get GMC and Chevy numbers.

If you get a copy of The Standard Catalog Of American Cars
They have production numbers for each year. However, they don't have vans and the figures are not 100% reliable or correct.

http://www.amazon.com/Standard-Catalog-American-Light-Duty-Trucks/dp/0873419332
is one I don't own, but I would imagine the figures there are also not 100% reliable or correct. However, it is probably your best source. You will find that many things in these books have been quoted as fact in other books and articles. Even the mistakes.

Hey Rod
Thanks for the reply...
I was just looking for an approximate number at first, but then like you said got to wondering if there was a registry.
So, no guesses? Just for fun?
Jim
RodStRace

» Earlies $ going up?
» earlies that i found
» Yay, i have finally seen some other earlies...
» Gauges/instrument pannel
» Having Fun while showing off our Earlies
Current date/time is Fri Aug 12, 2022 1:25 am