You are not connected. Please login or register
5 posters

1939 Chevrolet Sedan Delivery as a Climax Ginger ale service vehicle , this was a local brand in Richmond Virginia

This Amoco station sort of still stands at the corner of 3rd Ave and Preston Ave here in Richmond Virginia . it was built in 1937 and sold gasoline until about 1959 when the construction of I - 95 came by and cut off most of it's traffic . What you see her is the way I plan to show it in the year 1948 during the show season . Scrubba
wideload

Very cool Scrubba !!!!! I enjoy building models, been doing it off and on since I was a kid. Do you use model car kits for the vehicles or do you build everything from scratch? Lately the only thing I've done have been 1/64 scale vans. That's the only size early chevy vans that seem to exists. The Lindberg mini lindys are the only 2nd gens that I know of and there's a Burger King toy that is the closest thing to a 1st gen that I've found. If you know of anything else I'd really like to hear about it. Here's a couple of pic's of the BK toys that I've done. 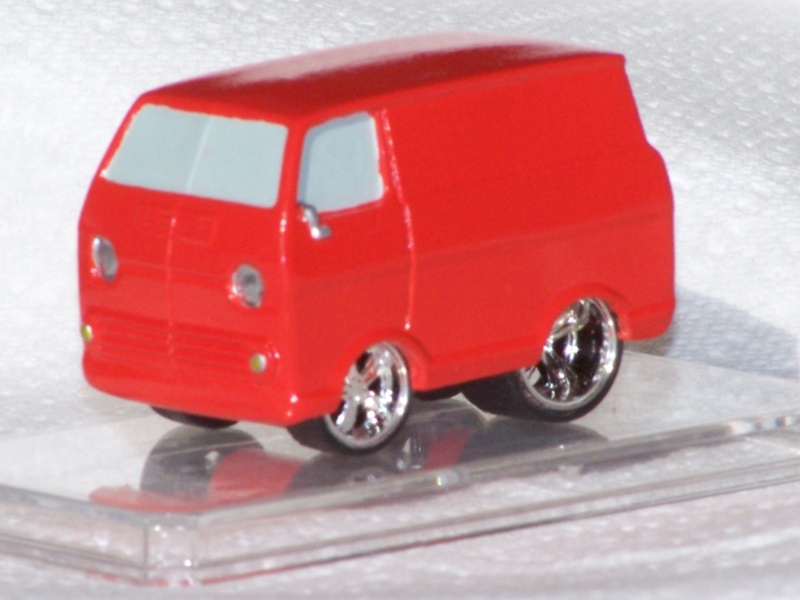 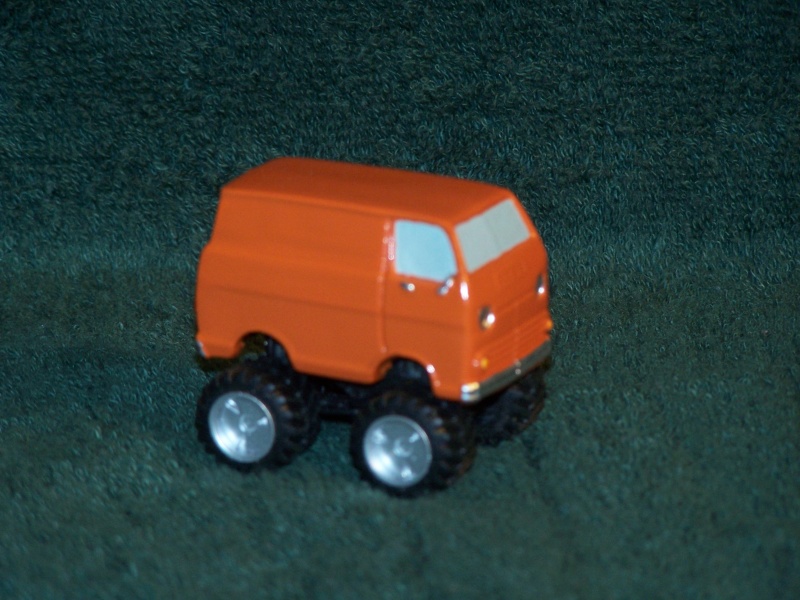 scrubba, that was me and thank you very nice work, Very cool details love the radiator hoses hanging in the garage. The pumps are cool too.... 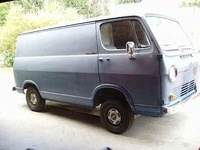 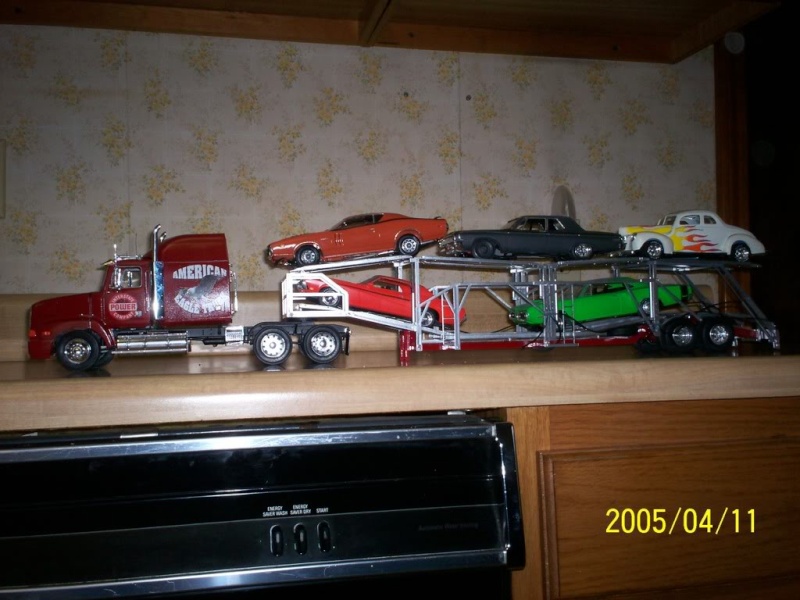 a couple of mine.
G-Man

For what it's worth Linburg did a 1968 Chevrolet Van in 1-32 nd scale back in about 1968. I havent seen it since then . Ive even thought seriously about doing such a van and then casrting it in epoxy resin . The difference would be that 1-32 is too small for me anymore . First , I have failing eyesight and then too my arthritis isn't getting any better . The larger scale is way easier to work off of .
Now to answere the question as to the little accessories in the Amoco station , YES , i SCRATCH BUILD 96% OF EVERYTHING YOU SEE . Iv'e yet to find what I require in things like oil lubesters , jacks , oil cans and then there aren't any gasoline pumps .
Currently I'm building a Crown Central gasoline station that was built in Highland Springs Va. in about 1956. The style of building was refered to as a " Twin Chimney " . I want to show this one as thing would have looked in about 1963 .

All this scale stuff is cool , a talent I wish I had
scrubba

G- Man , currently Im doing a step by step on the "twin Chimney Crown Station using simple Foam - Core board you see at Wal Mart . If anyone is interested I can post the link so everyone can sign in and see the latest pictures of this station as I can get them into a Photobucket account . Generally , it takes me about six to eight months to do an entire filling station . Scrubba
Sponsored content